With the introduction of new colorful characters and deeper insight into the main characters back stories, Joe Parr continues to expand Jake Hunters world. Add an intricate plot line painted on the backdrop of a horrendous social problem and you have a real page turner – Tom C. on Amazon

The story is all too real and a little frightening when you realize the statistics. I usually judge a book by how it makes me feel when I am reading it. If I shed a tear or two, laugh out loud, or feel my heart pounding in my chest over one thing or another then it was a good read. Stolen Innocence gave me all three and then some. I felt like I was riding shotgun and I couldn't wait to solve this one – Sherry L. on Amazon

Finding the body of a beautiful young teenage girl launches Ft. Worth Police Detective Jake Hunter and his partner, Billy Sanders, into an investigation that pulls them into a world of human trafficking where power brokers buy and sell human beings like cattle.

What started out as a suspected runaway escalates into a high speed ride through massage parlors, brothels and human holding centers. Hunter and his team combine forces with Texas Ranger’s Detective Colt Barkley as the case expands across several Texas cities.

Together, the team follows a trail of evidence and ex-cons discovering that their one victim is connected with multiple others. Their investigation leads them to suspects with big Texas money and connections all the way to the State House.

The story highlights the evils associated with an industry that treats people like commodities, how that impacts society as a whole and how the media shapes perceptions and distorts reality.

The action never stops as the team is racing not only to solve the original murder but to rescue the ongoing victims. 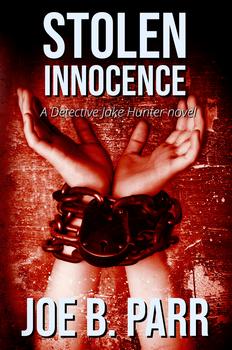 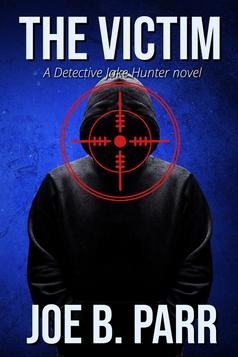 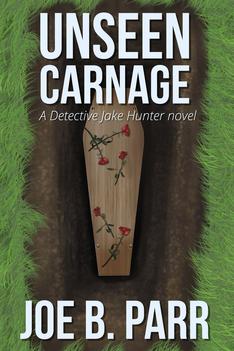 In The Victim, Joe Parr combines an intriguing mystery that will keep you guessing with a realistic plot and characters. There is plenty of action and subtle humor that made it extremely difficult to set down. I was also inspired by the fact that Mr. Parr uses his skill to shed light on an important social issue as well as educate the reader as to what is being done to curb this national problem - Brian M. on AmazonThe story flows naturally, with unexpected twists and turns to keep it from being predictable. Best of all, the identity of the killer was a surprise. Engaging read – John W. on Amazon

When two local gangbangers are found dead, who really cares? This 'who cares' case quickly turns into a high profile hunt for a serial vigilante killer. The body count and pressure rise in Ft Worth, Texas as local community leaders and media pundits stir up political discourse and racial tensions mount.

Police Detective Jake 'Cowboy' Hunter has been out of the field for six months struggling to overcome the on-duty shooting death of his longtime partner. His boss has an easy case for him to 'get back in the saddle' while breaking in a new detective. After all, it's just another case of bad guys ending up dead.

While he readjusts to being back on the streets, Hunter and his temporary partner, Billy Sanders, find themselves sloshing through the gang infested underbelly of Fort Worth as they chase a vigilante who has set himself up as a modern day serial Bernard Goetz. In the process, he has set off a firestorm of racially tinged political pressure by choosing minority gangbangers as his targets.

Between the piling body count and the media frenzy building to what’s sure to be an all-out war on the streets, Hunter and his team’s investigation leads them to suspect even the ‘good guys.’ Tensions escalate until Hunter discovers the media hype can help him outsmart the killer.

The Jake Hunter series keeps getting better and better I love how all the books in this series have a different topic with the same in depth look at police work and investigation. Add in the personal story-line that Joe has weaved in, and this book has something for everyone. This latest book has more intrigue than ever and I seriously couldn't put it down! I can't wait for the next one! – Paige S. on Amazon

This is the third book, and it is even better. The book is very timely and disturbing (in a good way). It was a great read and I often found it hard to put down. Looking forward to the next in the series. – Michael on Amazon

Fort Worth Police Detective Jake ‘Cowboy’ Hunter finds himself looking down the barrel of a gun after chasing a suspect through a dark alley. His split second reaction saves his life, ends another and launches his team on a fast-paced search for truth.

What seems to be an open and shut case of homicide turns into a complicated series of murders and drug overdoses intertwined in the world of narcotics distribution, forcing Hunter and his team to suspect both the good guys and the bad guys.

While Hunter struggles with his role in taking a life, his partner Detective Billy Sanders helps lead the investigation as they discover the hidden impact of drugs on users, dealers, first responders and their families.

Hunter’s team enlists the help of the FWPD Narcotics division and even Internal Affairs to sort through a confusing web of suspects, victims, leads and false clues on their way to resolution. And redemption. The revelations don’t stop until the final page.

The story highlights the collateral damage of America’s unsuccessful War on Drugs, and how even casual drug use causes devastating consequences.